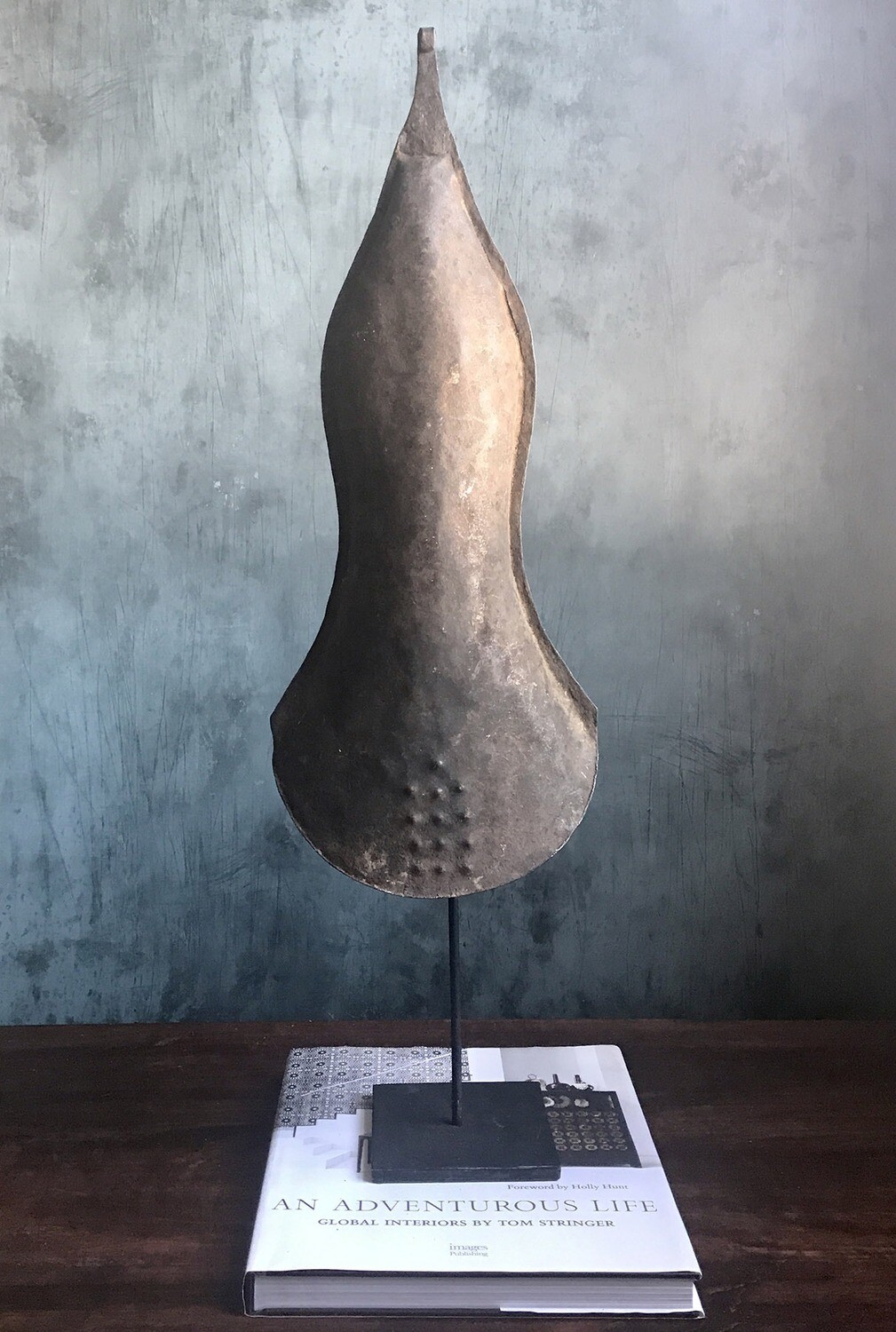 African Forged Iron Gong Bell Shaped Currency from the Nkutsu orJonga People of the Democratic Republic of the Congo of Africa. These gongs are also found in many other cultures throughout Africa. The Nkutsu and particularly their neighbors the Jonga are well known for their skilled blacksmiths who produced various objects in metal including such gongs made for use by the members of the Nkumi society. The Nkutshu occupy the region between the rivers Kasai, Sankuru and Lomami; the Jonga live by the Tshuapa River one of the tributaries of the greater Congo. Such gongs were used as a symbol of brotherhood. The gong was beaten with a stick covered with rubber at the end. During ceremonies, metal gongs were used to set the rhythm for music, establishes the cadence for rituals, religious ceremonies. Only members of a certain grade had the right to beat such a gong. Such gongs were also used as currency among number of Congolese ethnic groups. This gong has an elegant form. The handle was probably bound with raffia or other vegetable fiber. These pieces are becoming scarce as international metal smelters are collecting the last of them in Africa and melting them. This old Iron Bell Gong Currency would be a wonderful addition to your home or collection. **Stand not included.

Given the nature of these one-of-a-kind items, we are unable to offer returns or refunds. Therefore, please view all photos and contact us with any questions before buying. Our staff takes special pride in selecting the items found on Global Attic and we want to ensure that you are satisfied with your purchase.

Save this product for later